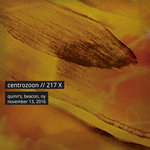 A long drive up from last night’s show in Potomac, MD… but always great coming back to Quinn’s! Quinn’s is a great little “intimate” venue in Beacon, NY with an exceptional menu, extensive beer selection, a great staff, and always a good crowd! We’ve been here many times before (in various combinations) and love coming back.

After some post-show socializing, we headed back to “‘zoon central” in NJ for a much needed day off before the final leg of the tour.

Thanks to everyone who came out, and a special thanks to David Rothenberg and James Keepnews.