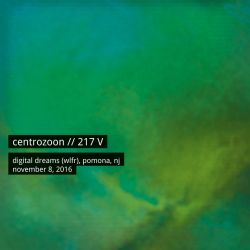 Another “home away from home” for us is Mark Dickson’s “Digital Dreams” radio show on Stockton University’s WLFR-FM. Mark is a good friend of ours, as is Stu Mark, the host of “Active Listening Exercise” (the show that airs just prior to Digital Dreams); Markus & Bernhard have played DD on their respective solo tours as well, and I drop by from time to time just to hang with these guys – always a “blast“!

A great show and great vibes! Mark took the reins for the entire 4 hours of programming, filling in for Stu who was under the weather (we missed ya’, buddy!).

Not much time to hang after the show; tomorrow we finally hit the road for the first “travel leg” of our tour starting in Charlottesville, VA.

Many thanks to all who tuned in, and special thanks to Mark Dickson and Paul Glaser!

Mixed and mastered by Markus Reuter using a Moon by Simaudio Neo 230HAD headphone amp/DAC, May 2018.

Special thanks to Mark Dickson and Paul Glaser